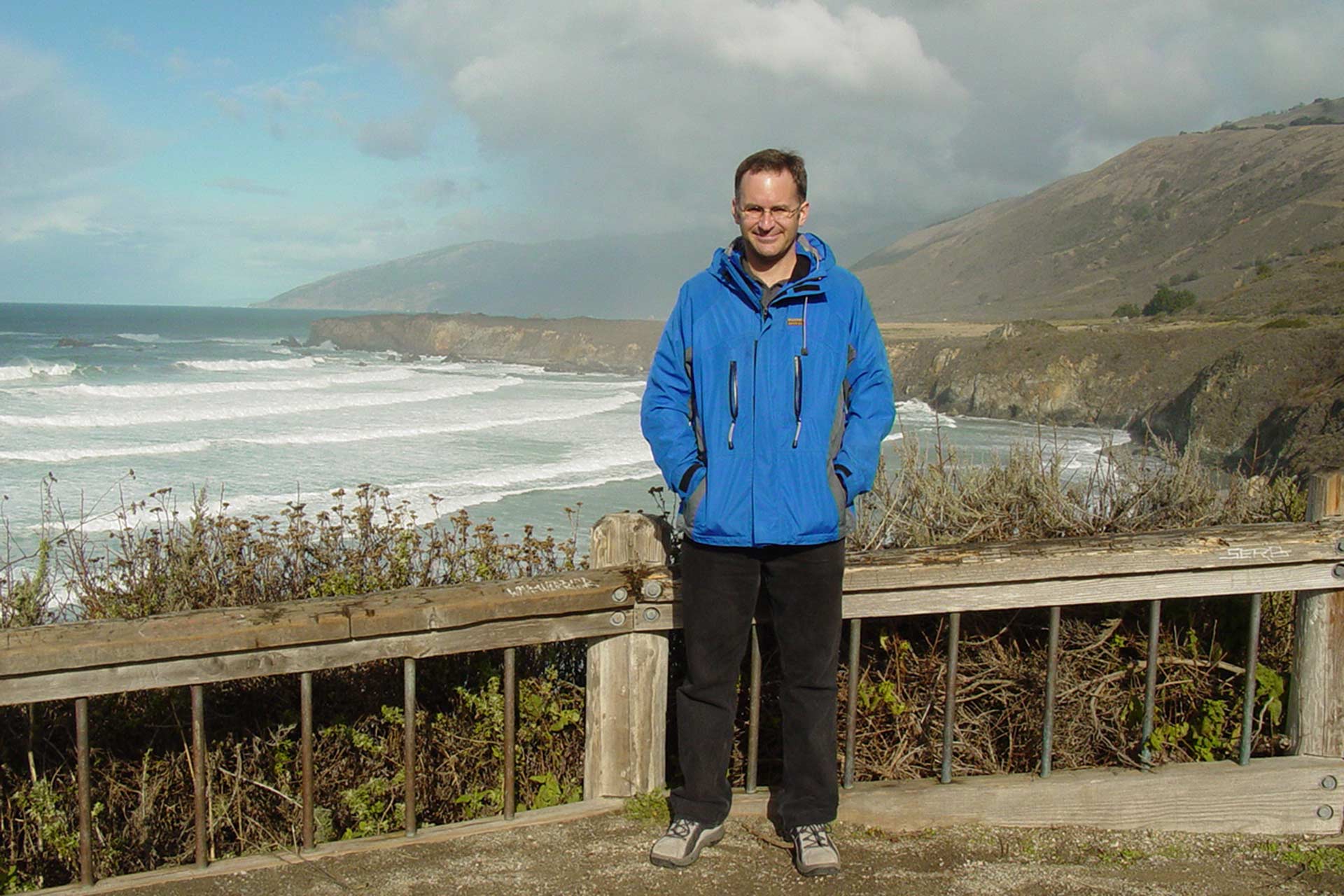 I was born in Brunswick, Maine, where my father obtained his MS in a special program briefly offered by Bowdoin College. After age one, I was raised primarily in Sault Ste Marie, a town in Michigan’s cold, snowy, rural, and beautiful Upper Peninsula. Our family also spent a few years in windy Laramie, while my father obtained his PhD from the University of Wyoming. My father is also a Sault Ste Marie native. My mother is from the beautiful state of Vermont, and was raised in what is now the Ethan Allen Homestead Museum. My parents met in Jos, Nigeria. I have two younger brothers, Joel and Dan.

I received my BS degree in math and physics in 1988, at the University of Michigan. I worked as a waiter, door-to-door canvasser, dishwasher, laboratory assistant, and outdoor maintenance assistant to help finance my undergraduate education.

Following my undergraduate studies, I served as a United States Peace Corps volunteer secondary math and physics teacher, in Liberia and Ghana, from 1990-1992. I also travelled in eight other countries (Benin, Togo, Burkina Faso, Niger, Zimbabwe, Lesotho, Bostwana, South Africa) in west and southern Africa. I have given many presentations on my experiences in Africa, and I’ve subsequently travelled in all the continents except Australia and Antarctica. In 2009, many years after leaving Ghana, I re-connected with many of my former Ghanaian students, and in 2011, I hired one of them, Joseph Ansong as a postdoc into my University of Michigan lab. In 2014, Joseph and I returned to Ghana to begin an oceanography summer school, which has been running annually since then. In 2017, Joseph began a faculty position at the University of Ghana, and the two of us traveled to northern Ghana and saw many former students and teacher colleagues.

I received my doctorate in 2000 from the MIT-Woods Hole Oceanographic Institution Joint Program in Oceanography.

From 2001-2005, I followed my PhD with postdoctoral visiting scientist and research staff positions in the Princeton University Program in Atmospheric and Oceanic Sciences, where I worked frequently with scientists at NOAA’s Geophysical Fluid Dynamics Laboratory (GFDL).

I worked for three-plus years in a tenure-track research scientist position at the Institute for Geophysics in the Jackson School of Geosciences at The University of Texas at Austin.

I spent 1.5 years as an assistant professor in the Department of Oceanography at Florida State University (FSU), where I was also affiliated with the Center for Ocean-Atmospheric Prediction Studies (COAPS).

Life In Ann Arbor, The Second Time Around

I returned to University of Michigan as a faculty member in 2010. Although I learned to appreciate the South during my time in Texas and Florida, I am a northerner at heart. It has been a pleasure to once again experience the long summer days, autumn leaves, and snow of Michigan. Another Michigan highlight is the fruit available in the summer–the raspberries, cherries, blueberries, etc. I live in a part of Ann Arbor called “Lower Burns Park”, a short walk to Yost Ice Arena and a 1.3 mile walk to my office.  My long-time partner, Jennifer Ross, is an architectural historian who works in Detroit.  Detroit is undergoing a renaissance, in which its beautiful old buildings play a major role, and her job is every bit as interesting as mine.

Department of Earth and Environmental Sciences

Department of Climate and Space Science and Engineering

I have a dry appointment in the Department of Climate and Space Science and Engineering (formerly AOSS).