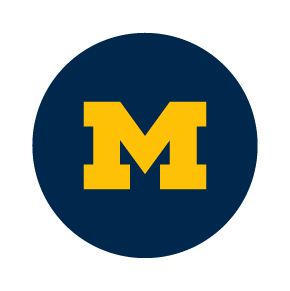 Funding obtained while at The University of Michigan

Project goal is to test the accuracy of remotely generated internal tides and gravity waves in operational global HYCOM against arrays of in-situ observations. Related projects, that Arbic is involved in as an unpaid collaborator, are led by Amy Waterhouse (Scripps Institution of Oceanography), Eric Chassignet (Florida State University), and Edward Zaron (Oregon State University). All of these grants fall under a multi-agency National Oceanographic Partnership Program (NOPP) call.

This grant will fund the Coastal Ocean Environment Summer School, which we have been running for one week every summer since 2015.  In 2022, the school will be held in Nigeria, with partial support from this grant and partial support from NSF grant OCE-1851164.  In 2023 and 2024, the school will be fully supported by this ONR grant and will likely alternate between Ghana (2023) and Nigeria (2024).  A list of the Nigerian and Ghanaian organizers, a list of the many instructors from the US, Nigeria, and Ghana, and other information about the school, can be found on the school website (https://coessing.org).

Purpose of project is to predict flooding and other hazards for the US east coast over the next several decades.  Our role is to help implement and validate tides in the DOE ocean model.

Purpose of project is to determine impacts of internal tides and gravity waves on basin-scale ocean acoustics.

Purpose of grant is to investigate internal wave spectrum and internal wave-eddy interactions in coupled HYCOM-ROMS simulations of the California Current system.

Sole PI on ONR grant to University of Michigan.  Related grant sent to collaborators above.  Purpose is to investigate near-inertial waves in HYCOM.

The purpose of this grant is to connect results from global HYCOM simulations with in-line inserted topographic wave drag, to the FLEAT field program.

Modeling internal wave signals and their predictability for SWOT

Sole PI on CAREER award to University of Michigan, 6/1/2014-5/31/2019.  Dates include one-year no-cost extension.  Collaborators are Steve Griffies of NOAA GFDL, Thierry Penduff of LGGE-MEOM, Bill Dewar of Florida State University, Andrew Hogg of Australian National University, and Jeff Blundell of National Oceanography Centre Southampton.  Project goal is to utilize frequency spectra diagnostics, in conjunction with other techniques, to quantify the relative importance of forcing versus intrinsic nonlinear processes in the maintenance of low-frequency variability in coupled ocean-atmospheric climate models.  Both realistic GFDL simulations, and idealized quasi-geostrophic simulations, will be analyzed for the project.

Insertion, validation, and application of barotropic and baroclinic tides in 1/12 and 1/25 degree global HYCOM 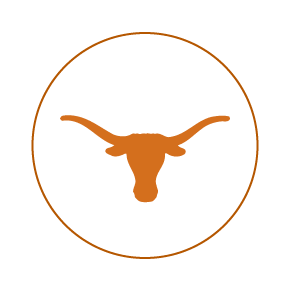 Funding obtained while at The University of Texas at Austin

Co-PI on project led by John Goff (U-Texas).  Three-year award starting March 23, 2007.  Remaining funds transferred to Florida State University and expended there.  Other collaborators: Patrick Timko, Walter Smith, Karen Marks.  This project is a collaboration between marine geophysicists and physical oceanographers.  The internal wave field, which is responsible for much of the mixing that occurs in the ocean, is generated in part by tidal and geostrophic flows over rough topography.  Horizontal scales as small as a few kilometers are important in this wave generation process, yet are not resolved in global topographic datasets.  Here we take advantage of the knowledge geophysicists have of the seafloor, to generate a synthetic bottom roughness which is correct in a statistical sense, and which contains adequate variance at small horizontal scales.  We will test whether this augmented roughness increases the internal wave generation in global models.

Co-PI with Samar Khatiwala of Lamont-Doherty Earth Observatory (Columbia University) on three-year award from National Science Foundation, starting October 1, 2006.  Remaining funds transferred to Florida State University and expended there.  Grant later supplemented by an REU (Research Experiences for Undergraduates) award.  Other collaborators: Patrick Cummins, Chris Garrett, Richard Karsten, Malte Muller, Pierre St-Laurent, Graig Sutherland, Doug MacAyeal, Glenn Milne, Jerry Mitrovica.  In this project we have used both analytical and numerical models to understand how factors such as the wavelength and frequency of the tidal astronomical forcing, and the depths and length scales of the open and coastal oceans, affect tidal resonance.  Of particular interest is the coupling between shelf and open-ocean tides. We find in both our analytical and numerical models that removal of relatively small shelf regions can have a substantial and far-reaching effect on the open-ocean tide.  This is relevant for understanding how the tides are impacted by changes in sea level.  For instance, during the ice ages, sea level was much lower, and the area of continental shelves was consequently much reduced.  We have found that the modeled tides during the ice age were quite different from what they are today.  In particular, the tides in the ice-age Labrador Sea were much larger.  This in turn has consequences for understanding Heinrich events, the large iceberg discharges that took place during the ice ages.  Heinrich events originated primarily in the Labrador Sea, and we have hypothesized that the large modeled tides in the Labrador Sea may have played a role in the dynamics of these events.  The hypothesis is motivated in part by the very substantial impacts of tides on ice streams and floating ice shelves that have been observed in present-day Antarctica.

The University of Michigan 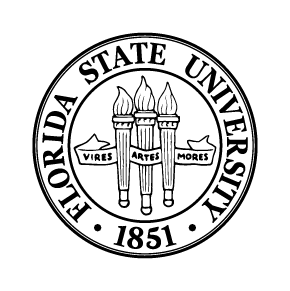 The University of Texas at Austin

Jackson School of Geosciences, The University of Texas at Austin

Institute for Geophysics, The University of Texas at Austin